Form 990 – Schedule A and the Public Support Test 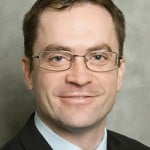 What is a NPO’s Public Support Percentage and Why Should a NPO be Mindful of it?

Generally, the public support percentage is the ratio of support received from the public and governmental units to total support received by the NPO over an IRS-prescribed period. If the NPO’s public support percentage falls below 33 1/3% for two consecutive years, the NPO may lose its public charity status and be considered a private foundation unless it meets certain exceptions. For new NPOs, it is important to remember that the 33 1/3% test does not apply to an organization less than five years old.

Public Support for Certain NPOs Descried in 509(a)(1)

Public support for 509(a)(1) NPOs includes most gifts, grants, contributions, and membership fees. However, the public support for each contributor is limited to 2% of total support during the prescribed calculation period, unless the contributor is a government or a public charity. Gross receipts from exercising or performing the NPO’s tax exempt purpose, generally known as fees for service, cannot be included in public support, regardless of the source for 509(a)(1) organizations.

Some NPOs might overlook the impact of what a fundraising campaign that targets a relatively small number of individuals to give substantial amounts can have on its public support percentage. If the NPO uses the accrual method of accounting to prepare its Form 990, unconditional promises to give, which includes some, but not all pledges, are recognized as support when the promise is made by the donor. If there are not substantial contributions from other, more diverse sources, these contributions can have a negative effect on the NPO’s pubic support percentage. There are also some other nuances to calculating the public support percentage, including how to treat certain noncash contributions, losses on uncollectible promises to give, unusual grants and contributions, etc.

If a NPO described in 509(a)(1)’s public support percentage drops below 33 1/3% for two consecutive years, the NPO can still maintain its public charity status if it can meet the “10% facts and circumstances test”. The requirements needed to meet this test are:

Examples of disqualified persons include, but are not limited to:

Losing public charity status is not necessarily bad. However, most public charities want to maintain their public charity status because private foundations are subject to a number of operating restrictions, excise tax for failure to comply with those restrictions, a tax on investment income, and a reduction in the deductibility of contributions to the NPO’s donors. In other words, there is an increased administrative burden and restrictions for private foundations, and the NPO may be less desirable to certain donors.

NPOs transitioning from public charity status to private foundation status by virtue of failing the public support test do not lose their tax exempt 501(c)(3) status. In fact, 501(c)(3) organizations are considered private foundations by default, unless the NPO can demonstrate that it meets the requirements for classification as a public charity. The public support test is one way to demonstrate this.

If a NPO Loses its Public Charity Status, Can it Regain that Status?

For some NPOs Schedule A is one of the most important filings attached to the base Form 990. A NPO should understand how the public support percentage is computed, and understand what factors can potentially jeopardize a NPO’s public charity status.

If you have any questions about the public support test, contact us! 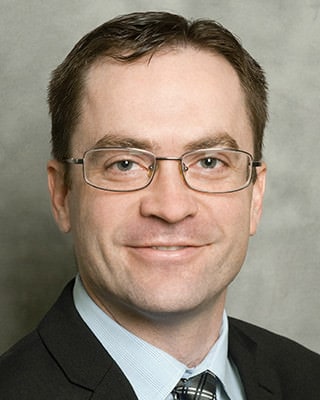 Gabe supervises a number of significant engagements for clients in the non-profit sector, including handling audits for educational institutions, social service agencies, trade associations, foundations, charities and social clubs around the Chicagoland area. Clients find his constant availability and commitment to service an added benefit to their Selden Fox relationship.

Contact us today to learn more about how Selden Fox can assist your business with any tax, audit, consulting, or accounting needs.

Base Form 990: What Does It Tell the General Public?