Extender Legislation Signed by the President 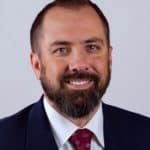 On December 20, 2019, the President of the United States signed into law The Tax Payer Certainty and Disaster Tax Relief Act of 2019 (Public Law No. 116-94) following the passage of the “Taxpayer Certainty and Disaster Tax Relief Act of 2019” (the “Disaster Act”) and HR 1865 – “Further Consolidated Appropriations Act, 2020”. The Act extends more than 30 Code provisions, generally through 2020. Below you will find summaries of some of the provisions you may find applicable to your situation.

Previously the discharge of indebtedness income from qualified principal residence debt, up to a $2 million limit ($1 million for married individuals filing separately), was, in tax years beginning before January 1, 2018, excluded from gross income. This exclusion didn’t apply to any debt discharged after December 31, 2017.

Previously, mortgage insurance premiums paid or accrued before January 1, 2018, by a taxpayer in connection with acquisition indebtedness with respect to the taxpayer’s qualified residence were treated as deductible qualified residence interest, subject to a phase-out based on the taxpayer’s adjusted gross income (AGI). The amount allowable as a deduction was phased out ratably by 10% for each $1,000 by which the taxpayer’s adjusted gross income exceeded $100,000 ($500 and $50,000, respectively, in the case of a married individual filing a separate return). Thus, the deduction wasn’t allowed if the taxpayer’s AGI exceeded $110,000 ($55,000 in the case of married individual filing a separate return).

The new law extends this treatment through 2020 for amounts paid or incurred after December 31, 2017.

Currently the IRS Code provides that, individuals, for 2017 and 2018, could claim an itemized deduction for unreimbursed medical expenses to the extent that such expenses exceeded 7.5% of AGI. The new law extends this threshold of 7.5% for tax years beginning after December 31, 2018 and before January 1, 2021.

The Code provides a New Markets Tax Credit which is available to both individual and corporate taxpayers and is equal to 39% of the capital invested in a qualified community development entity, a for profit or nonprofit entity that commits to the rules of the program, which in turn must loan to or invest substantially all of such capital in qualified businesses operating in low-income communities.

The Code provides an employer credit for paid family and medical leave, which permits eligible employers to claim an elective general business credit based on eligible wages paid to qualifying employees with respect to family and medical leave. The credit is equal to 12.5% of eligible wages if the rate of payment is 50% of such wages and is increased by 0.25 percentage points (but not above 25%) for each percentage point that the rate of payment exceeds 50%. The maximum amount of family and medical leave that may be taken into account with respect to any qualifying employee is 12 weeks per tax year. The new law extends this credit through 2020.

The Code provides an elective general business credit to employers hiring individuals who are members of one or more of 10 targeted groups under the Work Opportunity Tax Credit program. The new law extends this credit through 2020.

The Code provides a $1.00-per-gallon tax credit for biodiesel and biodiesel mixtures, and the small agri-biodiesel producer credit of 10 cents per gallon. The new law extends the biodiesel fuels income tax credit through 2020.

Special excise tax credit. Notwithstanding any other provision of law, in the case of any biodiesel mixture credit properly determined under Code Sec. 6426(c) for the period beginning on January 1, 2018, and ending on with the close of the last calendar quarter beginning before the date of the enactment of the Disaster Act, the credit will be allowed, and any refund or payment attributable to the credit (including any payment under Code Sec. 6427(e)) will be made, only in such manner as IRS provides.

IRS will issue guidance within 30 days of the enactment of the Disaster Act providing for a one-time submission of claims covering periods described in the preceding sentence. The guidance will provide for a 180-day period for the submission of the claims (in such manner as prescribed by IRS) to begin no later than 30 days after the guidance is issued. The claims will be paid by IRS not later than 60 days after receipt. If IRS has not paid pursuant to a claim filed under this subsection within 60 days after the date of the filing of the claim, the claim will be paid with interest from that date determined by using the overpayment rate and method under Code Sec. 6621. Additionally, the Disaster Act amends the Code to treat renewable diesel the same as biodiesel, except there is no small producer credit.

The Code provides a credit for purchases of nonbusiness energy property. The Code allows a credit of 10% of the amounts paid or incurred by the taxpayer for qualified energy improvements to the building envelope (windows, doors, skylights, and roofs) of principal residences. The Code allows credits of fixed dollar amounts ranging from $50 to $300 for energy-efficient property including furnaces, boilers, biomass stoves, heat pumps, water heaters, central air conditioners, and circulating fans, and is subject to a lifetime cap of $500. The new law extends this credit through 2020.

The Code provides a credit for purchases of new qualified fuel cell motor vehicles. The Code allows a credit of between $4,000 and $40,000, depending on the weight of the vehicle, for the purchase of such vehicles. Other vehicles, depending on their fuel efficiency, may qualify for an additional $1,000 to $4,000 credit. The new law extends this credit through 2020.

Under pre-Disaster Act law, a taxpayer could claim a 30% credit for the cost of installing non- hydrogen alternative vehicle refueling property for use in the taxpayer’s trade or business (up to $30,000 maximum per year per location) or installed at the taxpayer’s principal residence (up to $1,000 per year per location). This provision didn’t apply to property placed in service after December 31, 2017. The new law extends this credit so that it applies to property placed in service before January 1, 2021.

The Code provides a 10% credit for highway-capable, two-wheeled plug-in electric vehicles (capped at $2,500). Battery capacity within the vehicles must be greater than or equal to 2.5 kilowatt-hours. The new law extends this credit so that it applies to vehicles acquired before January. 1, 2021.

In addition, under pre-Disaster Act law, taxpayers could elect to have qualified property which is part of a Code Sec. 45 qualified facility, which were placed in service after 2008 and the construction of which begins before January 1, 2018, treated as property eligible for an energy credit under Code Sec. 48.

The new law extends the date by which construction of a qualifying facility must begin, to before January 1, 2021, for the following facilities: qualifying closed-loop biomass, open-loop biomass, geothermal energy, land fill gas and trash, qualified hydropower, and marine and hydrokinetic renewable energy facilities.
In addition, the Disaster Act extends the above qualified facilities eligible to be treated as property for an energy credit under Code Sec. 48, to facilities which were placed in service after 2008 and the construction of which begins before January 1, 2021.

For wind facilities the construction of which begins in calendar year 2020, the Disaster Act reduces the credit by 40%.

The Code provides a refundable credit (commonly referred to as the health coverage tax credit or “HCTC”) equal to 72.5% of the premiums paid by certain individuals for coverage of the individual and qualifying family members under qualified health insurance. The new law extends the HCTC through 2020.

The Code provides a deduction for energy efficiency improvements to lighting, heating, cooling, ventilation, and hot water systems of commercial buildings. This includes a $1.80 deduction per square foot for construction on qualified property. A partial $0.60 deduction per square foot is allowed if certain subsystems meet energy standards but the entire building does not, including the interior lighting systems, the heating, cooling, ventilation, and hot water systems, and the building envelope. The new law extends these deductions to property placed into service before January 1, 2021.

The Code provides a 7-year recovery period for motorsports entertainment complexes, defined as a racing track facility that is permanently situated on land and that hosts one or more racing events within 36 months of the month it is placed in service. The new law extends the 7-year recovery period through 2020, applicable to property placed into service after December 31, 2017.

Currently, the Code provides a credit on the first $20,000 of qualified wages and qualified employee health insurance costs paid to or incurred by the employer with respect to each qualified employee who works on an Indian reservation. Generally, a qualified employee is someone who is an enrolled member of an Indian tribe or the spouse of an enrolled member; who performs substantially all of the services for the employer within an Indian reservation; and whose principal place of abode is on or near the reservation in which the services are performed. The credit is equal to 20% of the excess of eligible employee qualified wages and health insurance costs incurred during the current year over the amount of such wages and costs incurred by the employer during 1993. The credit didn’t apply for any tax year beginning after December 31, 2017.

The new law extends this credit to tax years beginning before January 1, 2021. 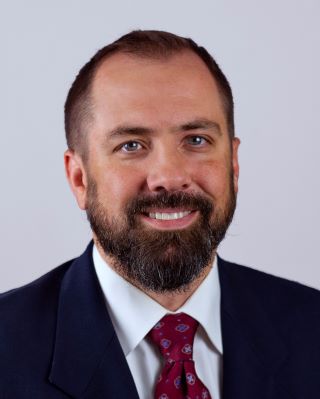